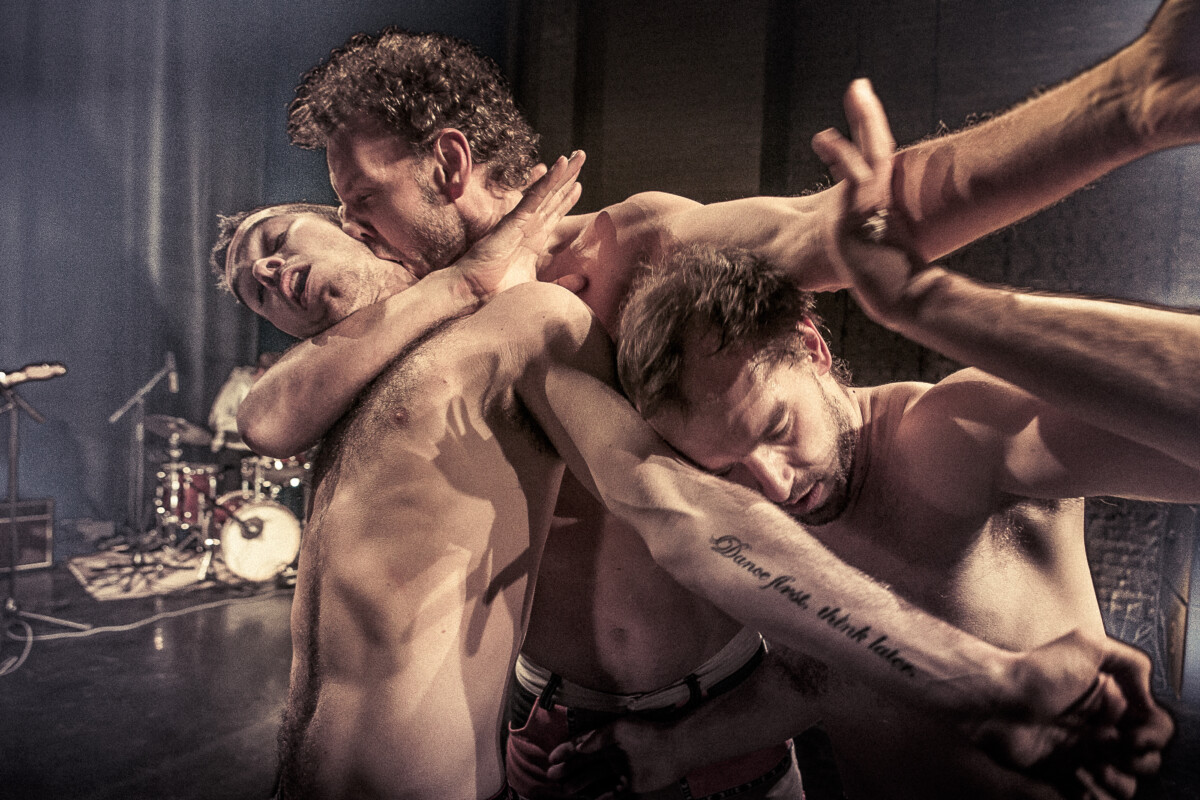 For Wim Vandekeybus, FEAR NOT was the pivotal part of the celebrations for Ultima Vez’ 25th anniversary. While his legendary debut production What the Body Does Not Remember was being revived at the KVS, Vandekeybus, together with the AB, Vk*, Beursschouwburg and les ateliers claus, casted a musical eye to the future. His friend Mauro Pawlowski assisted him in four unique dance intermezzos as part of these evening concerts.

For FEAR NOT, all eyes were on the future. Together with Wim Vandekeybus, Brussels’ music venues drew up a wish-list of the musicians who may inspire the choreographer in the next few years. And, with Mauro as a bridge between past, present and future, everyone had a dazzling four days of music and dance.

- Drums Are For Parades